Skip to main content
Quorn
Hyderabadi Biryani with Quorn Meat Free Pieces 2.75 out of 5, 1 based on 20 ratings 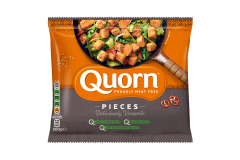 Made with Quorn Meat Free Pieces

A simple but nutritious home-cooked favourite that is tasty yet refreshing! The silky smooth tofu compliments the...

A classic Chinese soup that’s made with simple ingredients and yet giving it a flavourful and rich taste with every...

Commonly known as Larb, this meat-free twist to a popular salad dish in Thailand and Laos will pack a punch with its...